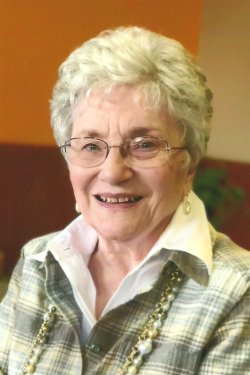 
Marilyn Killian, Founding Director, Emerita, of the Wichita Community Children’s Choir, was Adjunct Professor of Music Education at Friends University, 1991-2004, after retiring from the Wichita Public Schools. Marilyn holds degrees from the University of Missouri-Columbia and the University of Illinois-Champaign-Urbana. She demonstrated comprehensive musicianship in both choral and instrument genres during her long and successful career in the music education. The Kansas Arts Commission named Marilyn Killian the recipient of the 2005 Governor’s Arts Educator Award in recognition of the quality and significance of her work. She was inducted into the Kansas Music Educators Association Hall of Fame in 1995, and in 1992 Marilyn became the first female recipient of the prestigious Harry Robert Wilson Award for outstanding work in choral music awarded by the Kansas Chapter of the America Choral Directors Association. The Wichita Arts Council named Marilyn the recipient of the 2012 Burton Pell Award for Individual Musicianship. Under Marilyn’s direction, the Wichita Community Children’s Choir was invited via recorded audition to perform in Phoenix (MENC), St. Louis ACDA, RPMDA, and Kansas City. Her Kensler Elementary School Choir performed at the 1977 MENC in Kansas City. The WCCC performed in Kansas City for MTNA. At KMEA, the WCCC performed 7 times and her Kensler choir 5 times. Students from her choirs were accepted to perform with National ACDA Choirs in Washington, D.C., San Antonio, New York City, and Los Angeles. They were accepted into Regional ACDA Choirs in Dallas, Oklahoma City, and Little Rock. The WCCC was asked to perform for the Dedication of the Governor’s Mansion in Topeka, 2001, and to perform with the Wichita Symphony Orchestra in 1994, 2004 and to sing with Samuel Ramey in his Gala Concert in Century II in 2001. Marilyn and Don live in Wichita, Kansas. Don is Associate Professor of Mathematics, Emeritus, Wichita State University. Their son Steve lives in Seattle, Washington, where he is a Consultant in Organizational Management.
ATTENTION TEACHERS... Schools are listed according to location (city).

Alternates are displayed in alphabetical order by school name. Should alternate(s) be needed, the chair will contact directors. Alternates are expected to be prepared with their music in the event they are called up.
KMEA In-Service Workshop
February 27-29, 2020
Century II Convention Center
Wichita, KS